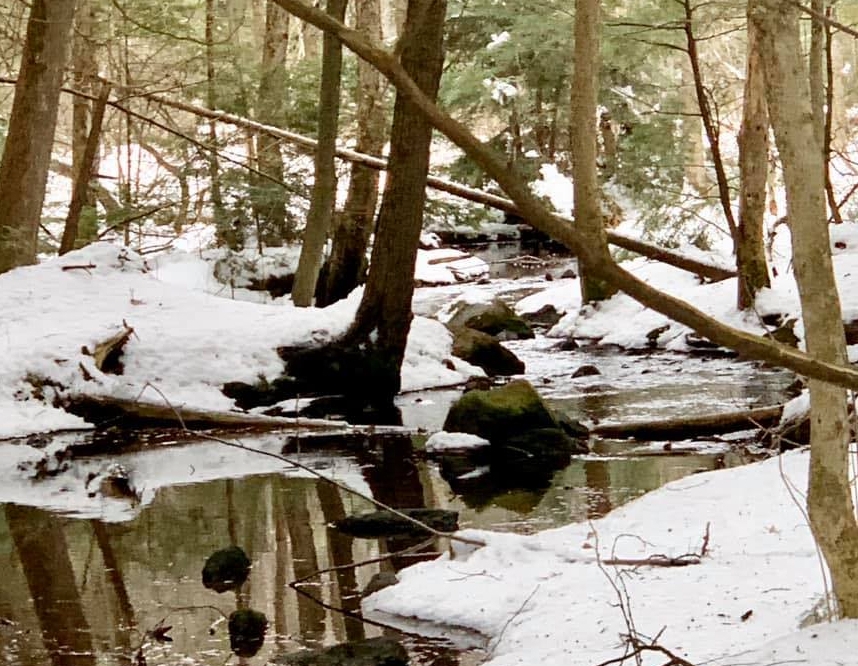 The New Years Resolution seems to be a thing of the past in popular culture.  An unofficial poll of my family and friends seem to produce a general apathy as it relates to making lists of self improvements and or adjustments to one’s lifestyle.  Perhaps it is because we realize that most of the resolve of the past years, fall by the wayside as the year moves on.  I can’t remember when I stopped making resolutions.

My lists almost inevitably included losing weight, studying the bible, learning French, saving money, and each year the same items would find their way back on paper in front of me.  I did make some progress in all areas, but, nothing outstanding or long lasting.  I can’t quote scripture (not that I want to particularly), I am still a full figured gal, and my American Sign Language is far superior to my French.  Yet, I find myself at it again this year, with a somewhat different goal.  Allow me to digress.

Several summers ago, I spent one week with new faculty hires from colleges across Ontario.  The lucky fresh employees were paid for the privilege of attending “teacher’s camp”.  It was a glamorous kind of camp with cabins, canoes, bonfires, music, three served meals a day, a bar, and hot tubs.

I was excited to be there and eager to learn some tricks of the trade.  While a skilled nurse, DSW, and experienced in my chosen field, I had no teacher training whatsoever.  Colleges like to hire folks who have worked in their respective industries, a Master’s Degree is an added bonus, but a teaching degree not necessary.  I had taught swimming, and Sunday school but was a novice with college students and keen to learn.

We had daily lectures, participatory exercises, and we quickly coined the term “edutainment” to describe what would become our new vocation.  We mingled, shared ideas, and it was very enlightening being surrounded by so many talented, interesting people.  Teacher’s camp stands out as one of the most creative weeks of my life.  Yet, I have one memory to take away from camp, which haunts me somewhat to this day.

Near the end of camp, I met a professor of ornithology, his name was Mark.  His work was fascinating, he was an avid birder and eager to explore the area around the camp.  He was brilliant, and just the kind of nerd I find very engaging.   The details of his work are a bit sketchy in my memory, however, he invented something like a mesh netting structure to reroute birds that had been identified as heading in a risky flight path. It worked on specific species of birds to redirect them in flight.  It was patented and functioned well with the intended results.   We chatted about birds for a bit and then he asked if I would like to join him in the morning at 5:30 (yes AM), to hike up to a spot where we were guaranteed to see some very special birds.  I immediately agreed to meet him in the morning.

Just as we were headed back to class, he casually added, “If you aren’t up for it, I’ll just wait at the flag post for a minute or so and head off without you, yes ? .”

I responded “No worries, I have an alarm.”

I did not meet him.

Instead, later that afternoon, I hung out with the younger hires a fun crazy group of partiers, and we danced, laughed and engaged in assorted types of debauchery until about 3:00 (yes AM).  I did not even set my alarm when I stumbled back to my cabin.

I have regretted that decision ever since.

Mornings with the sun coming up, the fresh dewy crispness, choruses of birds chortling through the mist and the snapping of twigs under my feet, is completely my idea of a good time.  The air is cleaner, the birds are birdier, and somehow, the day starts off on a spiritually and physical healthy foot, when one gets out of bed.

Dancing, singing, laughing, and consuming too much of everything, is also fun, but the headache and long ride home that afternoon as well as the sheepish nod to Mark across the room was not worth it.

I retired in June of this year and have struggled to enjoy mornings.  The blue glow of the IPAD at night, and knowing I don’t have to get up in the morning has replaced the morning jaunts I long for.  Why is it, another episode of The Crown, or Ru Paul’s Drag Race has taken precedence?

I have yearned to be up at 7 (yes AM ) and on our trails, but can’t quite make it. Between 9 and 10 is my norm.    It seems a pathetic thing that one can not get out of bed.  I am not depressed, I am not lazy, I am clearly making a daily choice that simply pisses me off.

Here goes, for what it is worth.

In 2020 I resolve to go to bed earlier, and get up to embrace the morning.

You will note, the actual time to get up , is left rather vague. Time is too measurable and I did not include a time frame. I need some wiggle room,  just in case I beat myself up all over again for not meeting the “Mark “.

View all posts by jenniferacurrie