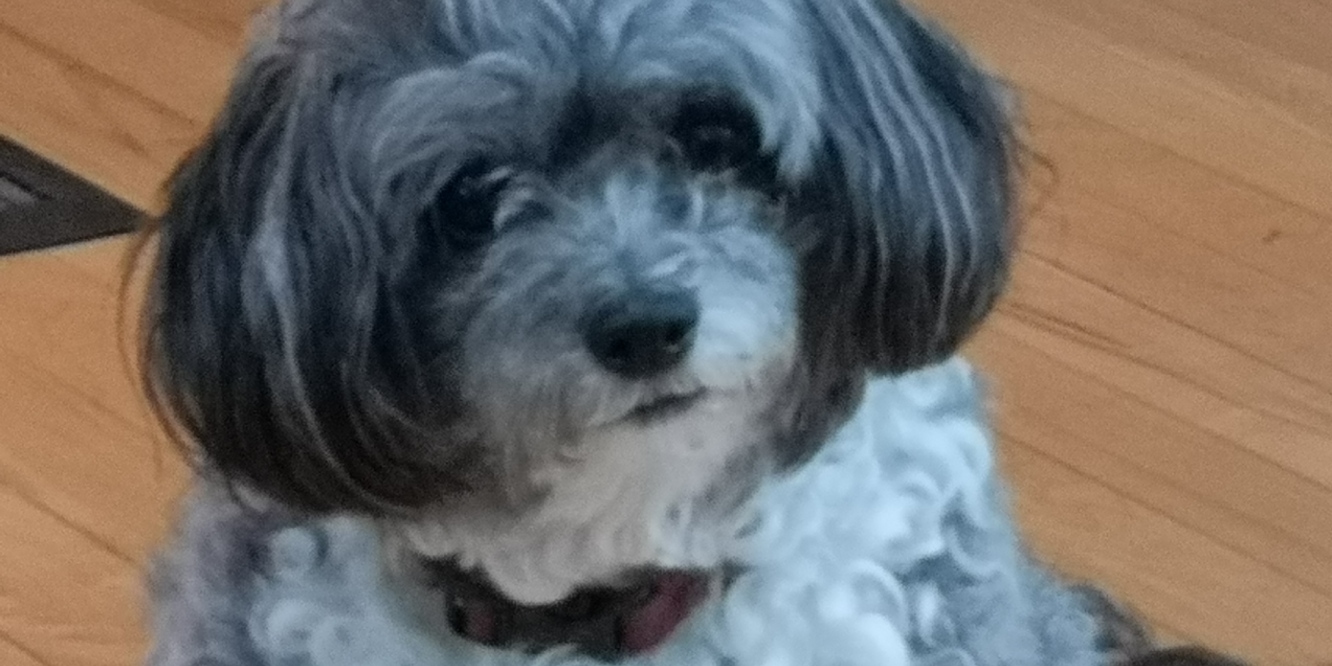 Our little dog is a jumper, or he was, until he got too fat to jump. I realise it’s not politically correct to use the adjective “fat” any longer, but “rolly polly” doesn’t quite flow as easily when you are admonishing your spouse for allowing your pooch an unrestricted diet. “You’ve made him fat!” is far easier to shout than “You’ve turned him into a rolly polly!” Of course, it is winter, and the colder it gets, like the rest of us, the happier he is stretched out in front of the fire avoiding exercise. And why not? While languishing there he had direct view of everything that happened in the kitchen including the opening of cheese of any type or the rustling of a treat bag. So when he became less inclined to chase the cat around the house, it wasn’t a source of real concern until three days ago.

At that point, Jackson began displaying flu like symptoms that suddenly became acute. He began trembling uncontrollably, drinking excessive amounts of water and as time went by, his gait became unusual until he simply could not walk without collapsing. He was unable to urinate and tried repeatedly to crawl away, skulking under the bed, beyond our reach, hoping to avoid the encouragement he knew we would give him. We now know that our much loved rolly polly was in such physical distress that his body was shutting down, in fact he was dying. Here’s what happened next:

Wednesday evening – Symptoms are getting worse. Is it the flu? We hesitate.

But when Thursday morning arrives, it is clear he is not improving, in fact he is deteriorating at an astonishing rate. We ring the local vet but are informed that they wouldn’t be able to see him for a few days. They advise us that if we feel that the situation is serious enough we should take him into one of the 24 hour animal emergency centers in Ottawa. They were kind enough to recommend a couple and we called them.

At 7:30 am, we arrive at a veterinary hospital in Ottawa, we hand him over to a pleasant, clearly caring technician and she disappears with Jackson into the back room to have his vitals checked. Our hearts are incredibly heavy. We complete the necessary paperwork, he is admitted and we head back home to the Hills and wait.

At around 1:30 in the afternoon, the vet calls and tells us to expect the worst. Jackson is not responding to treatement and she suspects it’s simply a matter of time before his heart stops. Overcome with saddness I call my sister, cancel my yoga class, and we get back in the car and sob our way across the city to the veterinarian hospital. I do not want him to die alone in a strange place or in the company of strangers.

We arrive at the emergency hospital with swollen eyes.

The staff usher us down a sterilized corridor toward his cage and as we approach he lifts his heavy little head, clearly happy we are there with him. There is a tail wag but it is a low temperature tail wag, the best he could muster. Another conversation with the vet convinces us that assisting his death and ending his suffering is the right thing to do. He has all the signs of poisoning or more specifically antifreeze ingestion. Tears continue to flow and my fella leaves the intensive care unit to sign the necessary paperwork. While he is gone, I call a dear friend needing to hear her voice and to get her opinion on what to do with his little body afterward. I am not thinking straight but know that I do not want to leave him there. We work out a plan and at that very moment another compassionate young hospital attendent comes to discuss ‘afterward’. I explain what I want and she genuinely seems to understand. She makes notes and disappears. Al pays the bill, euthenasia included, and returns to the ICU.

3:30 pm – We, Jackson included, are moved to the ‘comfort’ room. There is a couch, a chair and an ominous looking button that is to be pushed once we are ready for the vet to come and end our dog’s life. Twenty minutes pass, then 30 and 40.

… we are reluctantly mustering the courage required to press the button and just as we decide it is time to do so, the door gently opens and the vet peers in. She is smiling in a way that is both unsettling and unnerving. She has an update…

Thanks to the intellectual curiousity and professionalism of one diligent vet who wasnt quite satisfied with the conclusion previously reached, a final test was administered. It clearly indicates that Jackson has not been poisoned, his kidneys have not failed, there was no antifreeze involved, he simply has what is called Addison’s Disease, a completely manageable malady easily treated with daily medication.

Needless to say, we are stunned..

The pendulum immediately swung to the other side of the spectrum. To say that we were emotionally wrecked, in a good way, is an understatement. Thirty seconds changed everything. The view through the kaleidescope had shifted completely. It was like being in the twilight zone.

With hindsight, it is clear that Jackson had slowly been deteriorating for weeks if not months before, we just didnt see it. We chalked his lethargy up to his being overweight and his depression to the fact that we have a new magic cat who had recently taken over the house but in fact it was Addison’s. This disease is technically a “deficiency in adrenocortical hormones seen most commonly in middle-aged dogs. One may see depression, weakness, dehydration, weak pulses and sometimes a slow, irregular heart rate and it can easily be confused with primary kidney disease” or in our neck of the woods, antifreeze ingestion.

We are so grateful to have Jackson back home again on his favorite cushion, right where he belongs, eyes bright and full of beans; and all in such a staggeringly short amount of time.

If you see any of these types of symptoms or behaviors in your dog, dont hesitate to ask questions. It’s worth it!

A wanderer in spirit and on foot, I like to share what I see along the way. View all posts by Shelly Ann