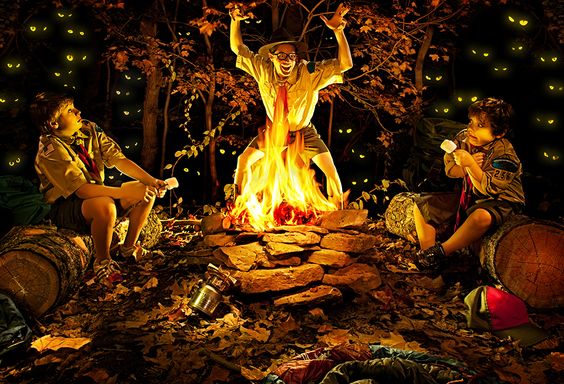 “We are, as a species, addicted to story. Even when the body goes to sleep, the mind stays up all night, telling itself stories.”

~ Jonathan Gottschall, The Storytelling Animal: How Stories Make Us Human

As far as we know, human beings are the only creatures that tell stories. To the best of our knowledge, we’re the only life form in the entire universe that can imagine the future and chronicle the past, the only species that understands our planet’s infinitesimally small place in the great black void of space. This aspect of being human is so much a part of our daily lives that we rarely stop to think about it. Most of our entertainment is rooted in stories—movies, TV shows, plays—and although we don’t think of sports as a type of story, they actually are. We tune into ball games to see who will win and who will lose. Who will be the hero? Who will be a villain? Who will lift the trophy?

Everyone loves a good story.

When I  lived on the tiny Fijian island of Taveuni  in the 90s, storytelling was a ritual that happened every night of the year around a campfire. Since TV didn’t exist in Fiji at the time, Fijians came together to tell stories and drink kava—a ceremonial drink that tasted vaguely of dirty dishwater and seemed to help the stories get funnier as the night wore on. (Although non-alcoholic it was slightly hallucinogenic.) The Fijians’ love of storytelling infected me and my fellow backpackers who would regale each other with our own stories, mostly harrowing tales of our travels. (In fact, my first book, Kite Strings of the Southern Cross: A Woman’s Travel Odyssey, is based on this premise of storytelling around a Fijian campfire.)

Why do we humans love stories so much? Are we actually hardwired for stories? It turns out we are. There’s a scientific explanation for our love of stories: when we hear a story that resonates with us, our levels of the “feel good” hormone oxytocin increase.

Oxytocin boosts our feelings of trust, compassion, and empathy. It motivates us to work with others and positively influences our social behavior. Because of this, stories have a unique ability to build connections. Humans are empathic creatures and stories make us feel a part of something bigger than ourselves.

Looking even deeper, when we hear mere facts, it activates the data processing centres in our brains, but when we hear stories, it activates the sensory centres in our brains. Neuroscientists at Princeton found that when listening to a well-told story, the exact same areas of the brain light up on an MRI in both the storyteller and listener. Your brain, as the listener, mirrors the brain of the storyteller. (Incidentally something like this also happens when you read a well-written a story. If an author writes enticingly about food, for example, the reader’s brain lights up in the same regions that light up when presented with actual food.)

In other words, when you hear, or read, a good story, your brain reacts as if you are experiencing it all yourself. Your brain actually places you inside the story.

These days, storytelling is having a rebirth. Only now, instead of family elders sharing folklore around a fire, the growing popularity of podcasts and TED Talks has brought new appreciation for the spoken word. And what’s really taking off is stories told live, in person. There’s something about the intimacy and connection of listening to someone share the most meaningful events of their life that resonates deeply with everyone. With all the technology in the world today, perhaps people are looking for some type of real connection with other human beings, and storytelling gives them that.

The storytelling trend started with The Moth, a New York–based nonprofit founded in 1997 by novelist George Dawes Green, who held storytelling nights in his apartment. The organization built a following but really gained attention in 2008, when it launched a podcast. The podcast became number one on iTunes and was followed by a radio program that’s broadcast throughout the USA and also on the CBC.

And now, live storytelling is coming to Wakefield! My friend Lissa Cowan—a fellow writer and recent Wakefield transplant—and I had the idea that a storytelling evening, or series of evenings, in Wakefield would probably be a hit. Lissa actually said something like, “Storytelling in Wakefield? That’s a no-brainer. Of course it will work!” So over some red wine one evening we decided to launch what we’re calling The Firefly Sessions: True Stories That Light You Up. (One firefly sheds little light but a thousand fireflies can transform a lonely meadow into a dazzling carnival. A story told aloud has that same transformative power, radiating light and uniting us.)

Our launch of the Firefly Sessions is Friday, April 3rd, at the Black Sheep. Tickets are $10 and I’m so hoping it will be a hit!

Please arrive at 8 pm or earlier to be on time for when the storytelling starts at 8:30. We don’t want people straggling in late once the storytelling has begun (too distracting for the storytellers!) If you’re curious, this is similar to The Moth mentioned above and we have a Facebook group:

Stories are true, personal, and told without notes. This is not an open mike. If you think you’d like to tell a story at one of our future events, please contact us or see our Facebook group page, but most of all, come out April 3rd to see what you think!

Please spread the word! Wakefield is so ready for storytelling!

UPDATE: We will keep you posted on whether or not the storytelling night will have to be postponed until a later date due to the precautions we’re all supposed to be taking now. So far we are going ahead but things could change.

I'm the author of Stolen Child: A Mother's Journey to Rescue Her Son from Obsessive Compulsive Disorder; Kiss the Sunset Pig: An American Road Trip with Exotic Detours; and Kite Strings of the Southern Cross: A Woman's Travel Odyssey View all posts by Laurie Gough