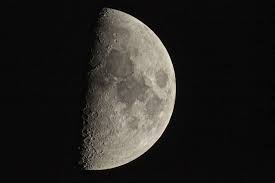 Joan Garnett grew up on a farm near Shellmouth, Manitoba whence came her love of nature and her stories of the Prairies in the 1930s.  She lived in Wakefield Heights with the late Norma Walmsley for almost 45 years before moving to Wakefield village in 2013.

Some may remember her as the person in charge of the Wakefield Library in the 1980s, when she took it to a preparatory stage for expansion. Writing is Joan’s hobby.  She enjoys getting together with folks in a small writing group that gives her the opportunity to explore ideas and to reminisce on what she refers to as her “wonderful life”.

Thank you, Joan, for your addition to the creative force in our community, and your love of writing, and for sharing both with us.

From time immemorial, humans have looked to the night sky for stories, answers and reassurance. In our galaxy, the moon stands out, its image often interpreted by the eye of its beholder. Many a child has had his attention drawn to the ‘man in the moon’ and proceeded to look for human features on the face of that magical sphere.  And what lover, far from the object of his affection, has not envisaged his beloved’s face on the moon’s surface and known that, when the moon is over her head, she will, in turn, dream of him?

In a predictable pattern, the visible part of the moon is seen to change shape over the course of a month.  From a sliver of a crescent to its zenith, when the full moon is known to directly affect the mood of many of us mere mortals.  And, with mighty force, to swell the ocean’s tides.

The moon appears in a range of intensities:  From the dimly visible globe that graces the morning and evening sky — and sometimes the daylight – to the fulsome orange ball that stops us in our tracks when it climbs above the horizon and signals our harvest time.

On a clear, frosty night, our timeless orbiter takes on a special clarity.  Often reflected in ocean, frozen lake or river, the sight of that luminescent moon brings to our minds sound bites of skates swishing in rhythmic strides, skis purring on crisp snow.  Perhaps even the memory of bells, as horses, with frosted breath, drew blanket-protected folks on a sleigh through a cold and moonlit winter evening.

When black clouds scud across the moon’s surface on a dark and windy night, one may find Alfred Noyes’ poem, The Highwayman, echoing in one’s head – recollecting a school recitation from all those years ago:

But all is not well with our friend in space.  Seems it is not enough for humans to be in the process of destroying our own planet.  A historic intrusion occurred when man had the audacity to travel to and land on the moon.  “A giant step for mankind”.  Indeed!

The moon is more than a hunk of rock and ore.  It is a heavenly body that brings meaning to the lives of people on Planet Earth – people who shiver in cold northern and southern regions, swelter in countries near the Equator or dwell in between.

That body is ours to behold, to admire from a distance.  And to cherish — with its neighbors, the planets and stars – to the end of our time.