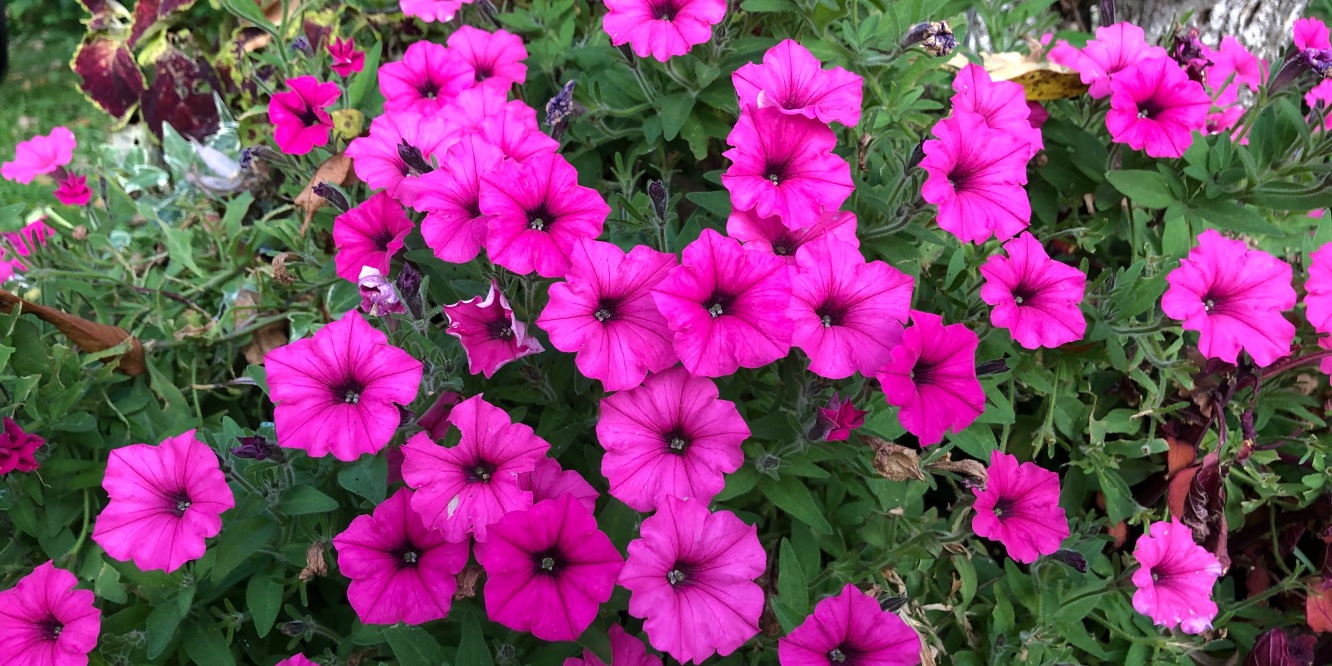 It’s that time of year again. The kids are standing at the end of the street waiting for the school bus, backpacks and masks in hand. September always feels like the start of something new, a fresh sense of hope, a reset. It’s also the time to re-group at work. “How are you doing”? “What challenges are you experiencing”? “What can I do to better support your growth”? I ask. Maybe for students starting their new semesters, it’s a time for goal setting, but at this point in the year, for my team it’s a time to recommit, to hunker down for the long winter slog.

It’s the same in the garden; a time for deep reflection as we prepare for the dark months ahead. As I move through the beds, splitting the perennials, I’m talking to my plants, asking them those same questions: “How was your summer”? “What lessons can we learn”? “What do you need?” Some of them tell me they’re not happy, they’ve had a particularly tough year.

“Sunstroke”, an Astilbe bemoans; she tried to flower, but the buds burnt to a crisp before they could unfurl into her usual feathery profusion. A nearby Heuchera makes the same complaint, “No coral bells this year”, he points out. His leaves shrivelled up in the baking heat of July. I move them both to a shady spot near the apple tree. Elsewhere, I hear different complaints, “Barely any leaves left”, a tall lily stem complains, and “Poor Sedum is stumpy with hardly any florets”. I’m not sure what I can offer. Blood and bone meal, cayenne pepper, Irish spring soap; nothing I did this year protected them from the ravages of the female deer and her two fawn that visited daily.

It’s not all the same sad story, the zinnias at the front of the house are a riotous mob, well out of control. This year I grew them from seedlings, a fast grab from the nursery, when I was unused to masks and hand sanitizer protocols. They look like a handful of M&Ms at a children’s birthday party. I dislike their brash showiness, and the way that they have shouldered themselves forward burying the quieter plants.  Somewhere in that bed is a rose bush and lavender, but you’d never know it.

In a couple of places in the garden golden rod has seeded itself, and I have left it to flourish. It reminds me of my grandma. Golden rod grows everywhere in this part of the world, but back home in the UK people cultivate it in their gardens. Grannie is also in the lupins scattered on the bank of the stream. Many recruits have sprouted this year. I offer them leaf mulch and look forward to them flowering next year in the shades of blue that my grandma loved so much. I have a particular strong memory of being in her garden, dismissed from the house to play with a pan of home-made bubbles. It was a sunny day and the deep purple of the clematis glowed against the black of the creosoted fence. I promise myself to find a jackmanii next year, especially as when I look it up on-line I read the cultivar dates from 1862, around the time that our house was built.

We have lived in this house for just three years, a short time in the life of a garden. I’m conscious of the memories evoked by flowers that predate my presence. Daffodils appeared in my first spring here, and I add to the collection every year because they were a favourite of my father. The national flower of Wales, land of my father, their sunny faces brighten the garden early in the year bringing me out of the end of winter gloom. I have yet to make space for the deep red roses beloved by my mother, but she already pervades the garden. I hear her more critical voice, dismissing some plants as “common” and delighting in rare finds.

At this time of year in South America families start planning for their day of the dead Dia de los Muertos when they gather to honour their ancestors, bringing them gifts of flowers and food, and sometimes even digging up their bones to clean and rebury. It occurs to me that I’m doing much the same with my plants; I dig them up, divide and transplant, and in doing so re-connect and engage in conversations with those loved ones lost over the years, or those that live far away

As I walk back to the house I notice an aster starting to bloom, shyly peeping out behind a swath of poppies. I make a note to relocate the poppies that have been way too prolific this year. And instantly, I’m transported to the village church of my childhood. The priest, hated asters (michaelmas daisies, as we called them) with a passion that was completely out of character. I never found out why he loathed them so much.  Perhaps it was that they got caught up in his cassock as he processed down the aisle behind us choirgirls and boys, or maybe it was just the powerful scent that overtook the church during the harvest festival.  Whatever the reason, each year he would entreat the women who decorated the church to leave the michaelmas daisies in their gardens. Every year the women would stuff them into the umbrella stands at the ends of the pews, and we would be faced with sashaying down the aisle to the strains of “We plough the fields and scatter” trying to avoid the blooms that were spilling onto the floor.

In terms of performance though, I have to hand it to the zinnias. They have excelled themselves this year. Strangely, they may be one of the only types of flowers in the garden that I don’t have a strong connection with. Except, they remind me of dahlias, and the seemingly endless Womens Institute garden parties that I was forced to attend as a child. The mouldy smell of the marquees, the heated competition over homemade jams and cakes, and the vicious dahlia competitions all smoosh in my mind with a hatred of those showy blooms. But I have to admit the zinnias have been a real crowd pleaser for folks walking down the street, and so, reluctantly, I find myself promising to save their seeds to sow again next year, and offering them to passersby to do the same.