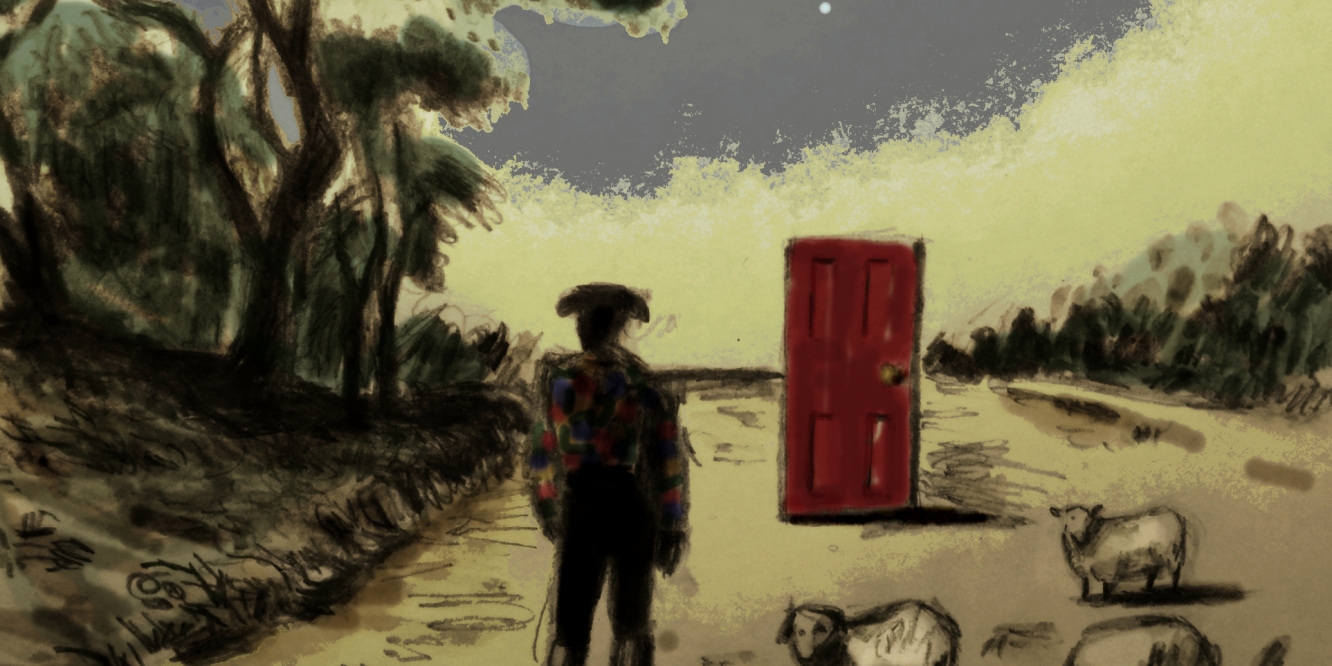 For many, if not most of us, the word ‘ekphrasis’ is probably not one we are familiar with. If one was to guess what it was, oral hygiene or the lack of it may come to mind, or we may imagine it is what a doctor might mutter in a moment of indiscretion while examining the rash behind a patient’s knee or even more intimate parts of the human anatomy.

Fortunately for the reader (who may already be on some other page, (led there by a google search), it is one of those words that sounds sinister but in reality, describes a beautiful interconnectedness.  The cognoscenti will know that it is defined as ‘poetry that describes a painting.’  It is not an art form nearly as rare as one might think.  A good example of it is a poem by Wallace Stevens titled ‘The Man With The Blue Guitar’ written after Stevens saw a Blue Period piece by Picasso.  Here is the first stanza of the poem and a reproduction of the painting:

The man bent over his guitar,
A shearsman of sorts. The day was green.

They said, “You have a blue guitar,
You do not play things as they are.”

The man replied, “Things as they are
Are changed upon the blue guitar.”

And they said then, “But play, you must,
A tune beyond us, yet of ourselves, a tune upon the blue guitar
Of things exactly as they are..

There is another example of it at the National Gallery in Ottawa. The painting is called ‘Returned From the Market’ and is by Jean Baptiste Simeon Chardin. The poem which it inspired is by Eavan Boland. Here is the poem in full and a reproduction of the painting:

Dressed in the colours of a country day –
Grey-blue, blue-grey, the white of seagulls’ bodies –
Chardin’s peasant woman
Is to be found at all times in her short delay
Of dreams, her eyes mixed
Between love and market, empty flagons of wine
At her feet, bread under her arm. He has fixed
Her limbs in colour, and her heart in line.

In her right hand, the hindlegs of a hare
Peep from a cloth sack; through the door
Another woman moves
In painted daylight; nothing in this bare
Closet has been lost
Or changed. I think of what great art removes:
Hazard and death, the future and the past,
This woman’s secret history and her loves –

And even the dawn market, from whose bargaining
She has just come back, where men and women
Congregate and go
Among the produce, learning to live from morning
To next day, linked
By common impulse to survive, although
In surging light they are single and distinct,
Like birds in the accumulating snow.

As it happens, I have long been inspired by both the painting and the poem, first copying the painting from a postage stamp size reproduction I found in an art book when I was about ten or eleven years of age and the poem, which I discovered many years ago quite by chance while perusing other poems by Eavan Boland. I’ve carried a folded copy of the poem in my wallet ever since and read it to myself whenever I’m standing in front of the painting in the National Gallery. I’ve also done drawings, some from the poem only and others from the painting. Here is just one of the results:

All this to say, art can and often does take us to journeys deep within ourselves. It makes life much more bearable and when uncertainties loom, such as they do today, there is no surer road than the one we take when we interconnect. And as you can see, it doesn’t necessarily have to be face to face. My drawing reaches back nearly three hundred years to a painter I shall never meet and a poet who only several months ago died in Ireland. I shall never meet her face to face either, although – somehow, it feels as though I have.