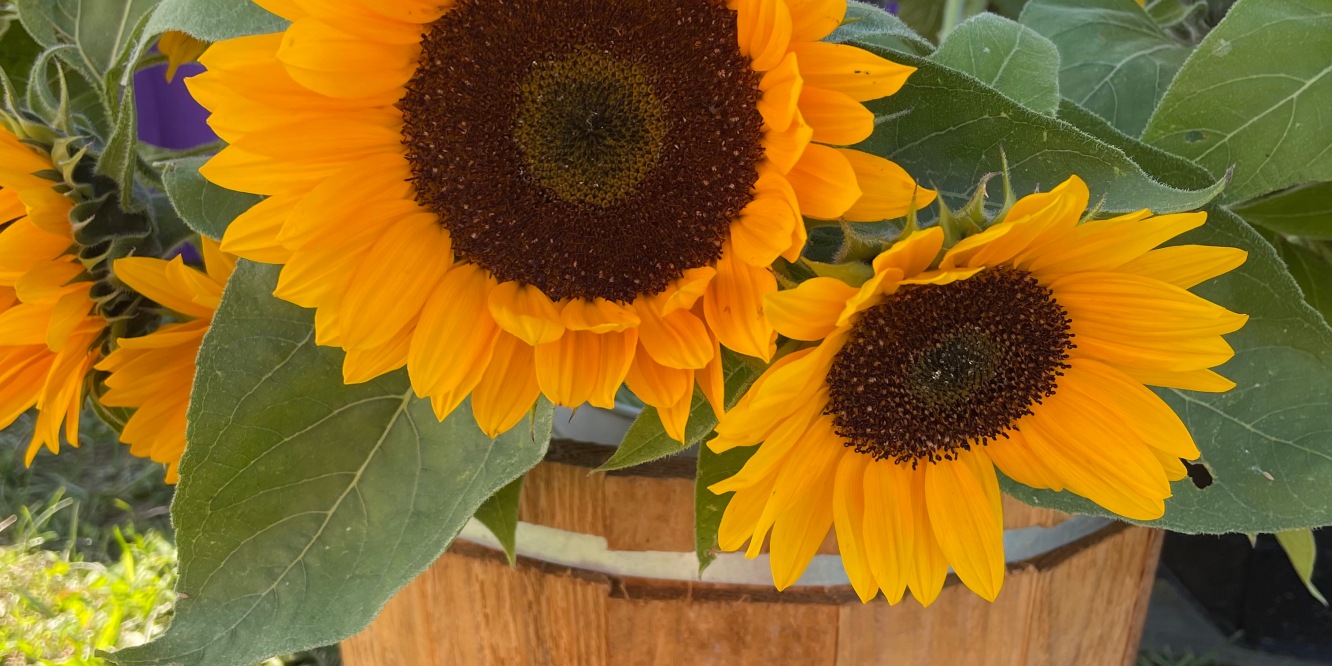 ‘Tis the season; late summer early fall. The year has settled into itself. Morning visits to the vegetable garden see me return with my trug laden with zucchini, beans, tomatoes (so many tomatoes), potatoes, raspberries and more. It’s also a time for acceptance. Despite the daily haul, I know the veggie plot is winding down. There is little chance now that the five eggplant plants will flower and produce fruit, the cucumber plants have shrivelled thanks to a beetle infestation, and the lettuce has long since bolted.

It is my favourite time of year. The crisp tang in the air offers a taste of new possibilities. It’s a time to start afresh, to chart a new course. It is the time for sunflowers

It won’t be long before the trees have turned to red, but for now, the predominant colour in the village is yellow. There are sunflowers everywhere, and their happy faces never fail to brighten my morning walks.

In 1888-89 Van Gogh was painting sunflowers in Arles, in the South of France. He was charting a new future for himself; a home and studio to share with his friend Gauguin. I imagine him excitedly pouring all his hope into the various versions of the vases of sunflowers he painted during that period of his life.

I have been lucky enough to see Van Gogh’s work in many galleries: the National Gallery in London, UK; the Musée d’Orsay in Paris (previously at the Jeu de Paume); the Van Gogh Museum in Amsterdam; the Barber Institute of Fine Arts in Birmingham, UK… but the Sunflowers in the picture above remain one of my most favourite paintings. As a non-visual person, I never cease to marvel how the yellow sunflowers on a yellow background stand out and glow on the gallery wall.

I know it won’t be long before we have to say farewell to the sunflowers, so I’m making the most of their messages of hope and cheer. Who knows, maybe next year I’ll try and grow some myself.