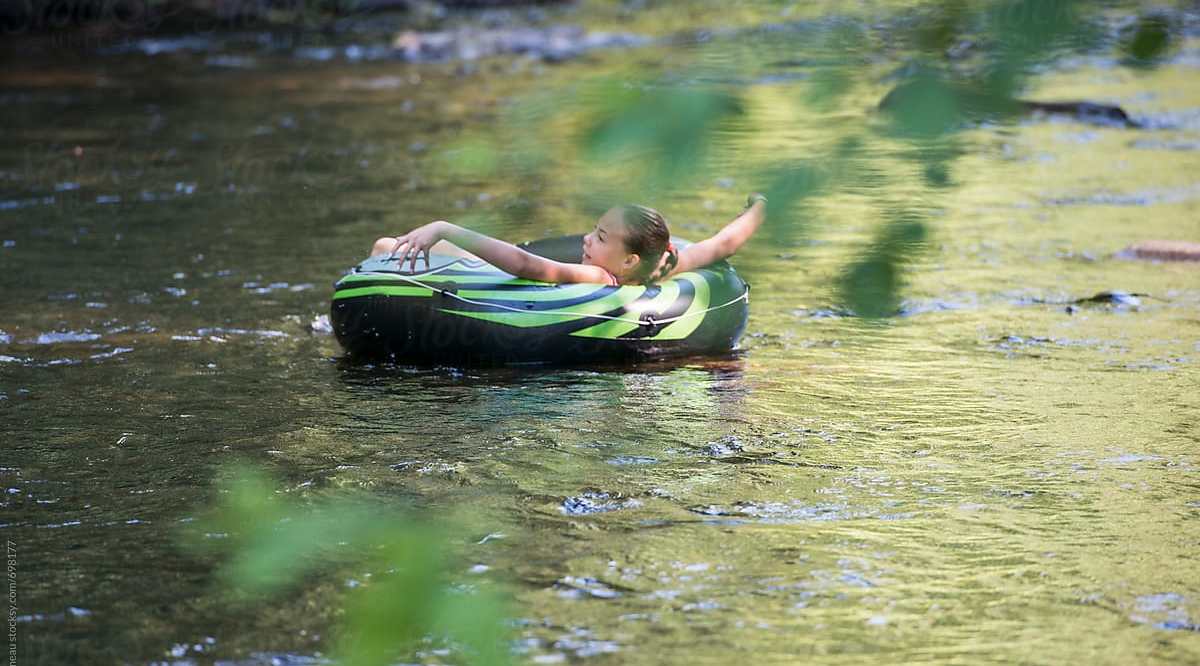 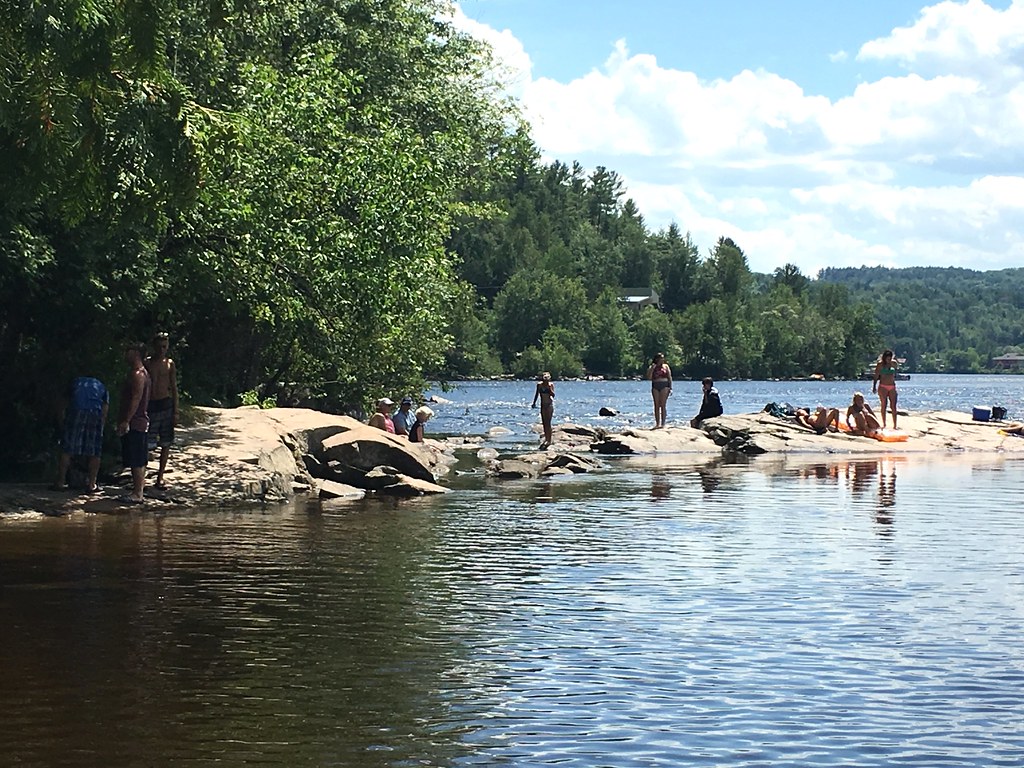 One of my favourite places in the world used to be the big flat rock by the little rapids near the covered bridge. I’m not a sunbather—I’m a redhead and fry if I lie in the sun—so that’s not why (before the tourists took it over) I liked it there. I liked to jump off the rock into the rapids, have them rocket me down the length of the rock until they swirled me up onto the rock’s back. Even though I’m not 12, and am, in fact, an adult, this is something I could do for hours.

One day on the rock years ago I looked out and saw people shooting all the way down the ‘big rapids’ on air mattresses. The next day I tried this myself, starting at the covered bridge and ending up at the General Store. But the mattress was like a cruise ship, not thrilling enough. So the next day I decided to ditch the mattress and shoot the rapids on a styrofoam noodle. The people swimming at the bridge looked dubious as I launched and waved goodbye. As I rode my noodle down the rapids, I looked up at the shorelines. It was a view that staggered me, the mountains so thick with tall pines it felt as if I was getting an intimate up-close glimpse at bright raw wilderness just minutes from the village. I was also amazed at how fast I was flying by this view. A noodle is much faster than an air mattress. I was jetting down so fast that I had to shout something just for the hell of it: “I love you Wakefield!” As the rapids subsided and my ride slowed, I started seeing signs of Wakefield river life—Louis Rompre on his raft giving me a friendly wave, some little kids swimming at a Manse Road cove, and then, as I approached the beach at the General Store, some teenagers were having a little party and noticed me. Suddenly I felt ridiculous, an adult woman washing ashore on a neon noodle. I considered pretending to be a tourist. But that’s when one girl in a bikini shouted out, “Hey, cool! Can I try that?” I said sure, because riding a noodle down the Gatineau River rapids is something everyone should try. It glides you straight into the watery deep green heart of this village, and it lets you be 12 again.

All these years later I’m still floating down the river on most summer evenings, starting at the bridge and ending at the General Store. I don’t usually travel by noodle any more though. Now they make special floating chairs—with cup holders!—that if lain back on allow you to look up into the vast blue sky and sense the enormity of space far above the tallest trees lining our sparkling Gatineau River.

It’s something I urge everyone in the village to try.

I'm the author of Stolen Child: A Mother's Journey to Rescue Her Son from Obsessive Compulsive Disorder; Kiss the Sunset Pig: An American Road Trip with Exotic Detours; and Kite Strings of the Southern Cross: A Woman's Travel Odyssey View all posts by Laurie Gough