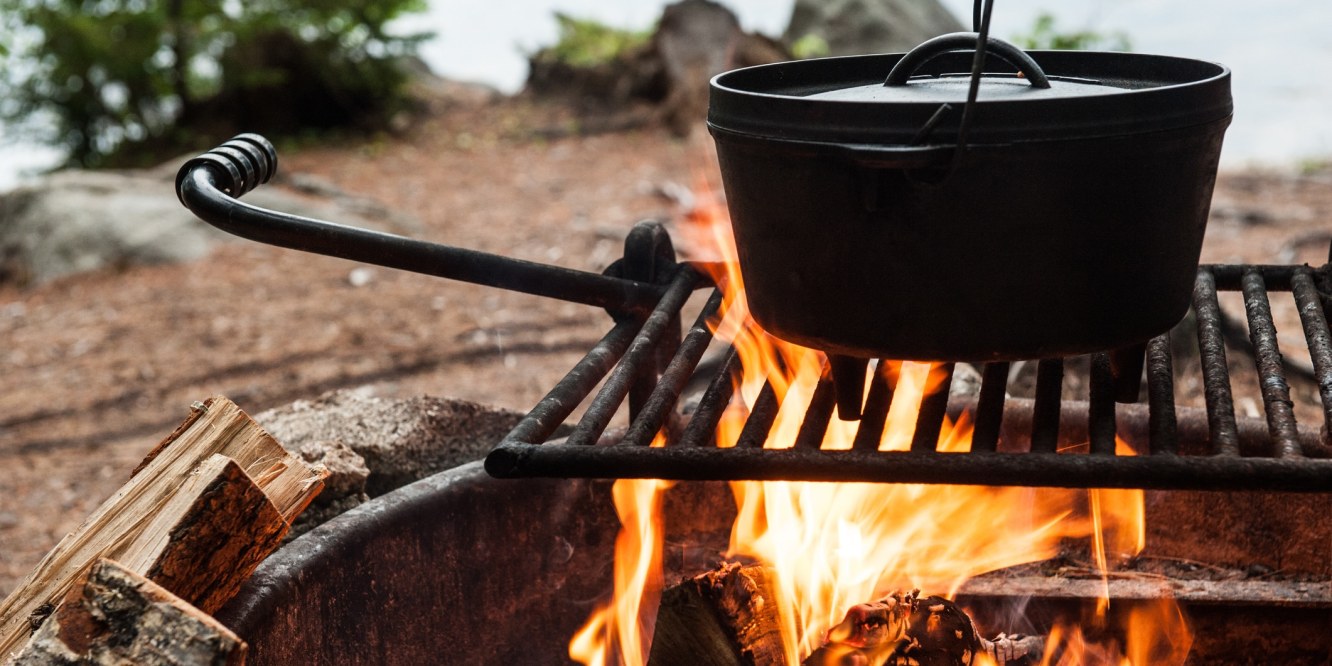 If I were being totally honest, I would say that most of the time something hurt. Sometimes it was the dull ache on my shoulders as my heavy pack pulled relentlessly on my muscles. Other times it was the boot rubbing throb of blisters on my ankles and toes, and on occasion it was just my body protesting in various joints and crevices at having been made to work so hard.

I was with my irrepressible hiking buddy, Debbie who I had been on many jaunts with, and who was always taut for any adventure and physical challenge she could get her hands or feet on. We were  about half way  along  a trail in the Adirondack mountains, that stretched  from the town of Northville in the southern part of the range, and headed  over two hundred and twelve kilometers of rough uninhabited terrain, to the bustle of Lake Placid in the North. I love these mountains dearly, and had been pulling at the leash to set out on this spectacular and challenging adventure.

We had left home five days earlier, on a gorgeous sunny day in early May, and driven to meet the US  border guards, who  had raised  their eyebrows and quizzed us routinely about our plans. They didn’t seem too impressed when we gleefully told them that we were going to be sleeping in the bush for eight nights, but as we flashed our passports at them and  they saw our  laden packs grinning out of the car window, they realized we were likely not a  national security risk and allowed us to enter their country.

I wasn’t quite sure at this point if the pack that was sitting on the back seat was going to be my friend or my foe. On the friend side of things, it had everything I would need to survive eight days in the wilderness- including  my warmish sleeping bag, my trusty un-watertight  tent, a change of clothes, and of course  most vitally ,an eight day supply of  uninspiring lightweight  dehydrated food.  On the foe side, it was heavy, dug nastily into my ribs, and felt deceptively weightier than a mere 43.5 pounds.

We arrived in Northville late that evening, and before bedding down for the night in the back of the van, we headed to the local pub for a final calorie laden, finger lickin’ delicious burger with grease -pumped, fries. As we were gorging it all down, the curious locals quizzed us about our upcoming journey. Their faces darkened as we told them of our intinery and they told us ominous stories of people lost and never found, of marauding bears, voracious bugs, and impossibly steep and hostile inclines.

It was a beautiful spring day as we first set foot on the trail the next morning, to embark on day one of our long trek. The path was lovely as it led us along river systems, through valleys and across green mushy parts, alive with yellow marsh marigolds and trilliums in red and white. Unfurling fiddlehead ferns stood waving to us, and baby frogs leapt over our boots as we sauntered by. Warmth oozed out to greet us in the mid-afternoon sun, and along with that came the inevitable blackflies, that mercilessly bit us in any part of our bodies they could get their hands on. Undeterred, we plunged on, until we came to the luxurious lean- too we were planning to spend our first night in.

For those of you who don’t know, Lean- toos are three walled shelters that lie dotted about the Adirondack mountains, offering a refuge for wanderers to use and enjoy as needed, at no cost. These basic shelters have all the comforts of home, such as a wooden floor to sleep on, and a roof overhead. The trail we were on was well supplied with this high-end accommodation, which provided us with somewhere to lay our weary limbs each night, that was a slight upgrade from our leaky tent. That first night we lay listening to the owls and coyotes singing to the stars, and in the distance, a loon called from across the lake. We were totally alone, there was no one else on the trail, and Nature was delighting us with a concert of her seasonal offerings.

Over the next few days, we developed a rhythm as we shuffled along through the fallen autumnal leaves, or piles of rocks, or whatever else lay underneath our feet. The spring rain shifted to being more ongoing than hesitant, which at least kept the blackflies mostly under control. The incline steepened, the views sharpened, and my pack seemed to get nastier and heavier as the miles progressed. I decided to unfriend it, and to try to ignore its unkind taunts and tugs.  I worked hard to distract myself from its mean spiritedness by breathing in, and focusing on the enjoyment of the moment, but by about halfway through the fourth day, I was definitely beginning to fray at the edges. My thoughts began to hover unhappily on the reality of the miles and days we had yet to go. We were after all, not even halfway in.

I realized suddenly that I was probably losing, strength and becoming fatigued and grouchy because I was constantly hungry. The minimal light weight food supply I had packed for myself to save carrying any unnecessary weight, was actually  far too frugal ,and was  not  providing me with nearly enough fuel for my high intensity four stroke engine.  My body was working at full throttle and I had seriously misjudged my nutritional needs.  My daily menu consisted of  instant porridge and milk-less tea in the morning, a pre- made and by now  stale tortilla or two rolled up with peanut butter and marmalade, with a handful of dried apples, and a granola bar for a mid day feast, and in the evening,  a single serve pouch of dehydrated dinner of some kind, that I had  picked off the shelf at  our closest outdoor store. I had no option but to continue onwards and upwards, however, and so I pulled out some Scottish resilience from my back pocket and kept going for the rest of the afternoon.

As we neared the lean too that evening we smelled woodsmoke, and heard Bob Marley wafting over the airwaves through the rain. “ Let’s get together and feel alright “ he wailed  to us as we approached.

“Howdy Girls! Are you hungry?” called out a voice. I thought I was dreaming, but there were three young men standing beside the lean-too, jiving to music played through one of their cellphones. They were local lads who had come in by boat for a day of  fishing . They had just caught a 21 lb brook trout and they wanted to share. They had a blazing fire, a plentiful supply of beer and were having a blast,  cooking up a mouth watering storm. I almost wept as they offered us dinner, and I saw their generosity of spirit mingling in the air, along with the much-needed supply of heavy-duty sustenance.

The first course was a bowl brimming with Trout Chowder.

The second course was a bowl brimming with Trout a la Sushi.

All washed down by a can or two of Labatt 50 light.

After everything had been gobbled, munched and savoured, our knights in shining armour sailed off into the sunset, leaving us with a hearty supply of various leftovers. We snuggled down in the lean -too, hoping vaguely that the smell of fish would not entice the bears to our food that was hanging up in a not too nearby tree. Some delights in life are just so so worth taking risks for, and we slept with bellies full, deep, and long, and undisturbed.

The next morning, I awoke to snow plopping gently onto my face. Winter had reappeared, and our water bottles had frozen, and I was cold, even though I was wearing eleven pieces of clothing. It was time to start moving and to hit the trail again, so I turned to face my pack. I decided it was time to forget our differences and to forgive the issues we had  between us, and as I swung it up and welcomed it onto my back, I swear it seemed lighter and more amenable than it had the day before.

From then on in the hike seemed easier. We got into a rhythm of early starts and regular short stops along the way, that allowed us to take the heavy packs from our shoulders for a while. Winter stayed with us for a day or two, creating very favourable cold but sunny hiking conditions, and sending the blackflies to wait in the wings until a warmer time. We ate the extra food from our trout splurge. My pack and I were still maybe not the best of friends, but we were polite to each other, and tried hard to get along. I began to relax, and to enjoy the ascents and descents that came each day, and  slowly, with each step, the miles rolled away, until they unexpectedly and  finally, dipped down to the single digits.

On the last day, Spring returned, bringing with it lyrical birdsong and fresh new buds on the trees around us. I was excited. I was looking forward to an intoxicating hot shower, my soft bed, an abundance of delicious simple food, and to the comforts and companionships of my precious home and community. We finally arrived at the parking lot in Lake Placid late in the afternoon, and I suspect there was a tear or two hidden in our eyes as we  gaped at the  unfamiliar sight of cars, roads  and other people milling  around us. We threw our packs onto the ground, and we hooted and hollered for a while, feeling the intense and deep satisfaction of having accomplished our ambitious goal.

We had arranged for  someone to meet us, and to give us a ride all the way back down the highway to where our van was parked, and  as we headed off, we stopped for a minute at a small corner store beside a gas station. I bolted in, and promptly inhaled an extra-large tea, laden with sugar, three bananas, and a large gooey muffin.

It has  been a couple of years since we did this hike and my pack sits impatiently with its back to the wall in the closet ,wondering when it will get an opportunity to prove to me that it is  indeed a loyal and trusty travel companion. Little does it know that as I write this, I am pouring over maps and guidebooks in my mind, and planning our next adventure.

View all posts by hilary jocelyn